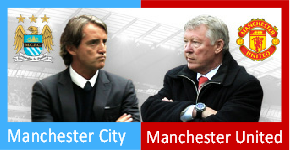 I can never really enjoy games such as the clash tonight. They’re endured, rather than enjoyed. I’m such a pessimist when it comes to football. If we win, my first feeling will be one of relief, before the elation kicks in. I can’t comprehend any loss. I know people who don’t understand football think it’s pathetic how important the result of a game is to supporters. I can’t explain or justify how big an impact football has on my life. It’s irrational maybe, but it’s real to me, and millions of other fans.

So, I’m looking forward to tonight. It can’t come quick enough. But I’m also nervous. I’d liken it to a trip to the dentist when you’re suffering with toothache. You can’t wait to get there, to stop the pain. But you’re also dreading the visit because you fear what you’re going to have to go through in order to stop that pain. Let’s hope tonight is a painless experience for all United fans. A win and three points would be fantastic. I suppose a draw would be a good result, but I know my pessimism would kick in again and I’d have two further matches to worry about. Still, let’s not get ahead of ourselves. This is the only match to focus on right now. And what a match it is; the biggest derby game in all my years of supporting United.