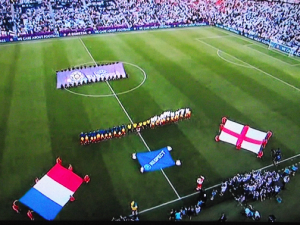 So are we any clearer on England’s likely progression in the tournament? Well, not really. It will be interesting to watch Sweden and Ukraine this evening. But I still think it’s going to be a tough ask to win both of our remaining Group matches, which we may need to do.

Still, no complaints so far. A steady start with some promise for the future. We have Sweden next. A win would put us in a strong position in the Group and then we have the return of a certain Wayne Rooney to look forward to, against one of the host nations, Ukraine. Can’t wait.