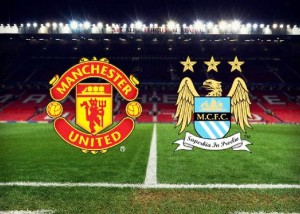 So it’s finally arrived. We have just a few hours to kick-off in the Manchester derby. Although tonight’s meeting isn’t crucial in deciding the destination of the Premier League title, it’s still a match every United fan is desperate to win. I don’t just want us to win, I’d love us to do it in style, just to show our many detractors that our lead in the League is no accident and to stamp all over City’s claims that they were destined to dominate Manchester and the Premier League after their last kick title win last season. Well, they can’t claim dominance now. Far from it; and I’d love to see us ram the point home tonight.

As reported on the BBC Sport website Gary Neville commented on United’s charge to the title:

“No-one should be surprised by our response – the manager’s been doing it for most of his 26 years in charge. The response of Sir Alex [Ferguson] and his players to adversity is always top class.

“If you check the newspaper archives from the last day of last season, all the reports spoke of Manchester City’s domination, and how they were going to win the championship for the next four years. If I read ‘power shift’ once, then I must have read it a thousand times in the space of a week last May.”

Here’s to a great match and dominant display by United. Oh, and three points of course. I can hardly wait.

Check out my football blog here.